Theatre of the Absurd 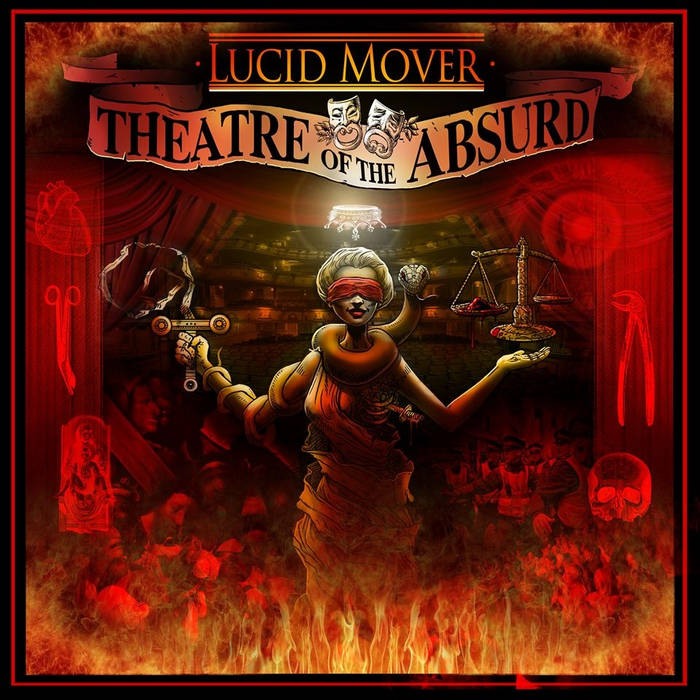 Cast off preconceptions and lubricate your third eye as we take you on a trip through the 'Theatre of the Absurd'. Your narrator on this compelling journey into the filthy underbelly of inner city life is Lucid Mover; a modern day griot whose warm vocal tones, casual delivery and dry wit help to sugar-coat the pain and vitriol evident in his lyrics.

Lucid Mover's meticulously crafted wordplay is given the perfect backdrop by producer WytFang's smoky soundscapes. Obscure jazz, funk and soul samples are driven by punchy boom-bap breaks over thunderous basslines. This duo have taken that familiar classic Hip-Hop recipe and used it to make something truly unique and refreshing, like the best shepherd's pie you've ever tasted.

On the album's opening track, Lucid Mover gives urban dwellers a survival tip by reciting the mantra 'Summertime is a State of Mind' over a simple, laid-back piano riff, complemented beautifully by the sultry vocals of Denise Sherwood.

But it's not long before listeners are jolted from that daydream into the harsh reality of 'Tea & Biscuits': “tryina put something in rumbling tums while powder and dust making thousands of funds/ turning houses to slums, girls to mums and gangs to guns.”

As we delve deeper, 'Real Rain' reflects the more sinister aspects of Lucid Mover's subconscious via his alter-ego The Mighty Drizzle: “keepin it grimy like crust in a crease/ I told her to shut it just suck it and see.”

On 'Divine Heresy' we're “back on the strip billin spliffs again” before taking a quick breather to grab some rizla on 'I'd Luv 2 Skin U'. This lightens the mood nicely in preparation for our midnight stroll through the red light district with 'Midsummer Munters' feat. Uncle Jazza and 'On The Strip' feat. Bill Daggs (a frequent collaborator throughout
the album).

Daggs returns again to join Lucid Mover and fellow UNDALI comrade Ed Skrein (now best known for his acting career in Game of Thrones and Plan B's Ill Manors) on 'MTV MC Slayer'. A real laid-back head-nodder, this track has the feel of an intimate live MC cypher, even down to the end of Daggs' verse where he seems to mess up the last line, resulting in an outburst of stoned laughter.

'Broke Man's Anthem' is the most obviously radio-friendly track but never veers too far from the album's natural aesthetic. A smooth bassline, funky guitar riff and punchy, uptempo break complement Bill Daggs' catchy sung chorus while Lucid Mover laments on the struggles of supporting a family on a low income “see I gotta feed these rugrats/ but all I'm hearing is austerity and cut backs.”

The album's title track is a sweet yet sinister analysis of a worms-eye view on the current political and economic situation in Britain, with Greg Blackman providing a healthy dose of the captivating soul sound he is renowned for.

As the album winds down, 'Debonair Ways' creates a trippy, ambient backdrop punctuated with booming 808 kicks for Lucid Mover to wax his braggadocio swagger.

The closing track 'Grown Man' takes us back to where it all began; a smooth, summery instrumental with Denise Sherwood and Bill Daggs combining powers on the chorus, while Lucid Mover summarises the album's narrative with a positive twist “I'm a grown man getting old now/dealing with reality just makes me wanna zone out/ but I gotta keep positive/ keep focused on my grind keep my head above the politricks.”

'Theatre of the Absurd' is a heady concoction of audio stimuli contained within the boundaries of the classic Hip-Hop aesthetic, but bursting with a satisfyingly refreshing flavour.

Heed the Code of the Road Runner as you travel this Ghost in a Shell, but beware Jabberwocky Darts when you enter the Theatre of the Absurd.